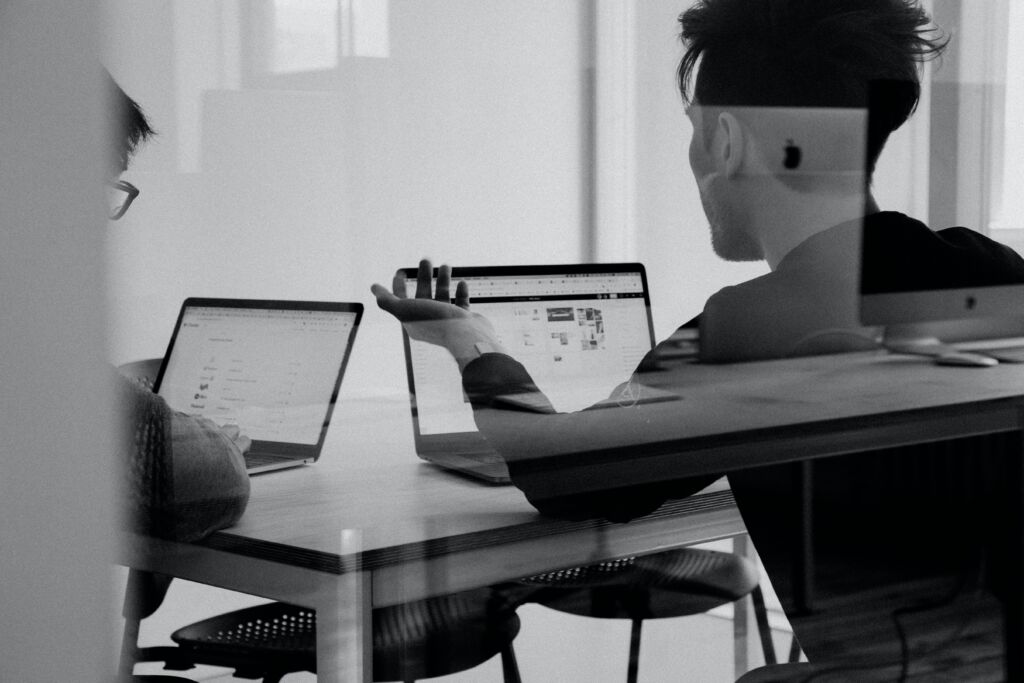 Part 1 of this mini-series focussed on the options and opportunities when choosing between a mobile application and a website. In this second part, let’s explore the flipside: the costs and complications of shining online.

Because apps and sites don’t just answer different customer use cases – they carry different resourcing requirements too. While a website is an application, and a mobile app uses web technologies, the ways they’re conceived and executed differ. And if those differences aren’t understood, your journey to online success will contain more dragons than Skyrim.

What kind of dragons? Many companies have started with a simple site to keep costs low, only for it to cost them dearly as it frustrates their audiences. Others have specified apps that just replicated the website on a phone screen, and end up looking like they’ve timewarped to 2012. And nor is it limited to skimping on the upfronts.

Examples? A large one-off investment for the latest all-singing all-dancing proprietary platform may turn out dangerously reliant on a single technology, creating risks. Or a budget for a top-trafficked destination site bursting with Google juice may need a team of 30 university grads posting, tweeting, and ‘gramming late into each night in a desperate attempt to stay top-of-mind to ten million users.

So what’s the answer? As in Part 1, there’s no single one: it depends entirely on your circumstances. But there is a right way of thinking about it. It involves what you want from each channel; what success looks like from your audience’s perspective. And more.

Purr can help. But first, let’s run through the issues as we see them.

1. BOGOF redefined: Buy one, get none free

First, a fundamental point: most times, a mobile app will cost more than a web app. It’s not cheaper just because it happens on a smaller screen.

It’s a younger space, after all: while web technologies like HTML have been around forever, app development is far more about code architecture than content creation – both use stalwarts like JavaScript, CSS, HTML4, and Python, but a web app is much more like “real programming”, involving original code creation rather than repurposing someone else’s libraries.

This gives rise to a bigger issue. An app, in all its beautifully customised loveliness, has to be available on both Android and iPhone platforms – which essentially means two separate apps, selling through at least two stores. A web app is platform-neutral (in theory); one site can be viewed on any device with a browser. But a mobile app is designed for a specific platform.

An iPhone app will be written in Objective-C and Xcode Integrated Development Environment; its equivalent on a Google Pixel will use Android Studio and Eclipse. Totally different creative platforms. Which is a near-doubling of project costs right there.

(If your technology partners have an abundance of grey hairs, they’ll groan that this isn’t actually a new phenomenon. Incredible as it seems today, in the Wild West of the 90s, web developers had to design substantially different sites for competing web browsers.)

(Of course, you could develop for one platform, not two. An app titled “Apple Fanatics Dating” probably won’t get much traction on the Android Store. But these cases are rare.)

So that’s the first thing to remember about development costs: other things being equal (like assuming both web app and mobile app offer roughly the same functionality) your web app budget should be twice as high as your website.

It’s only a rule of thumb. But thumbs are there for a reason.

While many agencies will be able to develop for both web and mobile, it’s a truism around the Silicons (Valley, Glen, and Roundabout) that most tend to have strengths in a specific area. This is only natural. Technology agencies usually get started with a cornerstone client, and staff up to answer the demands of that client; it’s why you see agencies with deep skills in a specific area, like financial apps or gaming, but which lack expertise beyond.

That’s our second point: when choosing a developer for your app or site, look for the all-rounders. People experienced in developing for a range of business models and customer use cases, without the ultra-narrow specialisation that tends to make every project look the same.

It’s a basic part of Purr’s philosophy – developers over nearly a decade now – that we don’t focus on a single sector; rather, we take a holistic view of the key technologies in play across both web and mobile landscapes, and make sure our team – virtual, connected, diverse – is able to answer briefs from a multitude of industries.

You are only as relevant as your tech choices allow you to be. Choose a partner based on the depth and breadth of their technology skills – not just how many projects they can demonstrate in your industry.

Bonus: such a partner probably isn’t working for all your competitors.

3. Building vs maintaining: where you run to stand still

How many blogs have you seen whose last entry was in 2011? Interesting links that led only to a wasteland of 404s? Apps you once loved on your old iPhone, now looking clunky on the latest generation models?

Like any machine, websites and apps decay over time. Both in the technologies they use, and the expectations of their users. Yet surprisingly few agencies make clear the ongoing operational expenditures – maintenance costs – of your sites and apps.

All but the simplest websites need pages updated, security plug-ins kept current, URLs and API calls checked regularly. For website content, that ball’s mostly in the client’s court: checking links and facts remain up to date and relevant. But for apps … it falls to their agency. Because very few non-tech clients (and quite a few tech ones!) keep application development smarts inhouse.

Here’s a golden(ish) rule. App or site, in general, budget 20% of your build cost per year to handle maintenance. Most of your app maintenance will be technical rather than content-driven: making sure the latest libraries and APIs are up-to-date and that your app follows them. And some of that cost may not involve shelling out to your agency: the responsibility of keeping content fresh and relevant may fall to your Marketing Department. But even if it’s internal, it’s still a cost.

Start each build with your eyes open, and you’ll save yourself a lot of trouble later.

4. Stay away from the silo mentality

While not everyone needs an app – as we explained in Part 1 – everyone needs a site. Which leads to another problem: silo thinking. The people running your app and site may not be the same – and unless they work closely together, the brand personalities given off from each piece of tech may start to diverge. Diluting your customers’ impression of you.

The risk to your bottom line is that answering these different use cases can fragment inside your organisation, with different teams handling different customer journeys. And that leads to a toxic outcome: the silo mentality.

Each new app you create in its own silo – needing its own development team, using its own technological choices – doesn’t so much double the load on your IT people as square it. Because it makes those apps harder to integrate. Learning and insights from them is harder to share. And maintenance is more complicated. (Not to mention expensive.)

You’ve doubtless seen this in areas like personal finance. The “personality” of a financial site on its website feels very different to its behaviour on your phone. That’s often because they’re managed by different teams with different KPIs. And it shows in a weaker, less integrated brand experience.

It’s something we see even more often at Purr – so much so that “smoothing away silos” has become one of our principal market differentiators. In short, we believe silos are bad, and work to minimise them.

If you see silos on the horizon, work to eliminate them now. Your shareholders will thank you.

REALITY CHECK: A table for keeping site and app costs under control

As always at Purr, we prefer offering solutions to posing problems. So just as our Boston Box did in Part 1, let’s lay out a quick-and-dirty pros-and-cons tool you can use as a reality check on these costs and complications. To be well prepared is to be, well, prepared.

If you’re daunted by the above? Don’t be. We don’t want to scare you off. But we do – with every client, on every project – want you to understand. So you can make decisions that serve your customers best, and go forward with a set of web and mobile apps that answer your business goals to perfection.
It starts with a chat. Contact Purr on [link] >>